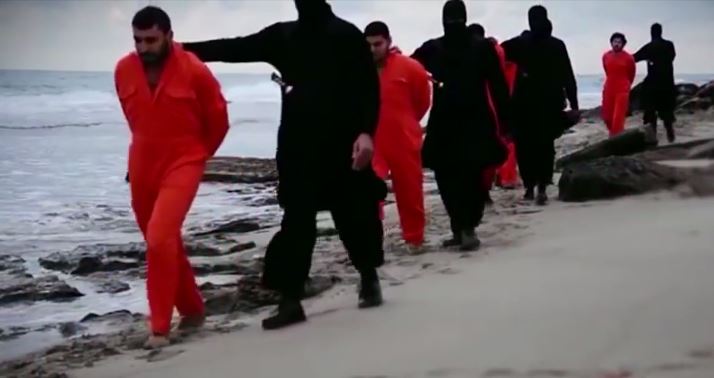 “We want to say ‘never again,’” said Paula Kweskin, film producer, of genocide, “but in the last two decades we’ve seen so many instances of it.

Why haven’t we changed?” she asked during an interview with The Stream. Kweskin has just produced a new documentary that details the horror of genocide, kidnappings and rape in the Middle East.

Faithkeepers is a documentary of the Christian, Yadizi and other minorities genocide. Witnesses and victims of violence tell the story of how Christians and other minorities are literally being wiped out in the Middle East by ISIS and Muslim infighting. According to Kweskin, it’s a story that needed to be told.

Kweskin met Juliana Taimoorazy, an Assyrian-Christian activist, and learned of her harrowing story of escaping the Middle East. It was then that she decided to do the human rights project. Kweskin teamed up with Roma Downey (Touched by an Angel, among others) and Clarion Project to produce the film.

Protecting Those Who Bear Witness

But it wasn’t easy to get people to speak on camera. Some of those interviewed were glad to tell their story. Others were hesitant and wanted to be filmed in shadow. “It depend[ed] on how people responded to the trauma,” said Kweskin. Those interviewed saw beheadings of family members or experienced torture, kidnapping and rape. Others may have relatives still living in dangerous areas.

It isn’t random violence. Christians, Yadizis and other faith minorities are tortured and killed because they won’t convert to Islam. Their churches and places of worship are destroyed. One woman described how she and her son watched his father be beheaded. Her son stopped talking. Another woman described how women drank rat poison to avoid the torture at ISIS’ hands. ISIS said they wouldn’t let the women die so easily. ISIS took them to the hospital where their stomachs were pumped. Another woman who was raped and tortured explained why she endured the horror. “My only wish was that if I die … I die as a Christian.”

In early May 2015, Obama blocked Sister Diana Momeka from entering the United States, the only Christian in a group delegated to describe their situation in Iraq.

Sister Momeka is known for her advocacy of religious minorities in the Middle East and was prepared to fully describe the horror and Christian persecution perpetrated by the Islamic State (IS) in Iraq, but she was the only one in the delegation, among Yazidi and Turkmen Shia religious groups, who was blocked from their trip to Washington.

Why do you suppose Sister Momeka was initially blocked from coming into the US?

She obviously didn’t fit in with the commandeered testimonials allowed by Obama’s propagandized media.

Sister Momeka was also not among the hundreds of thousands of Muslims converging into the US, whose immigrations have been specifically orchestrated by Obama.

In fact, the Obama administration has worked very hard at keeping persecuted Middle Eastern Christians seeking asylum out of the US!

Nevertheless, as Matthew Balan pointed out in his article for NewsBusters, the Obama administration has a “special envoy” for lesbians, gays, bisexuals and transgenders (LGBT).

In other words, if you are a Christian under threat of being sawn asunder, crucified, beheaded, sliced to pieces, burned alive, drowned or buried alive, Obama will NOT give you asylum in the United States; but if you are a homosexual (which the Word of God says is an abomination in the sight of God – Leviticus 18:22), you will get a very special pass to get in! Hey, he might even light up the White House for you, as he did when the Supreme Court passed gay marriage in all 50 states!